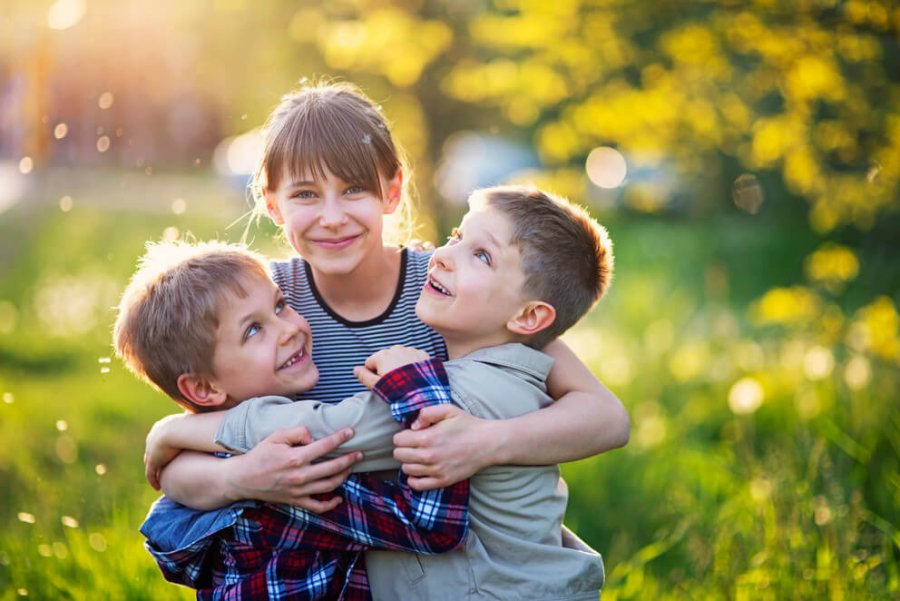 Little girl is embracing her younger brothers. The kids are playing in spring dandelion field. The girls is aged 10 and the boys are aged 6. They are enjoying beautiful nature laughing happily.

Sibling DNA testing does the comparing of the genetic material of one person to another to determine whether they are biological siblings or not. In another scenario, this test is also very much in demand in paternity tests.               In most of the legal cases, mothers go for sibling DNA testing to get social security survivor benefits for their child. In U.S. immigration applications, you may need to prove your biological relationship by sibling DNA testing.